”Based on a set of principles that define our character and company culture, we develop and acquire high quality assets with a focus on maximizing investor returns.

We are conservative in our analysis and target opportunities in well-established locations with a proven track record. By staying true to this strategy, Amoroso Companies has assembled a portfolio of properties that produce consistent cash flow, in addition to achieving steady growth. 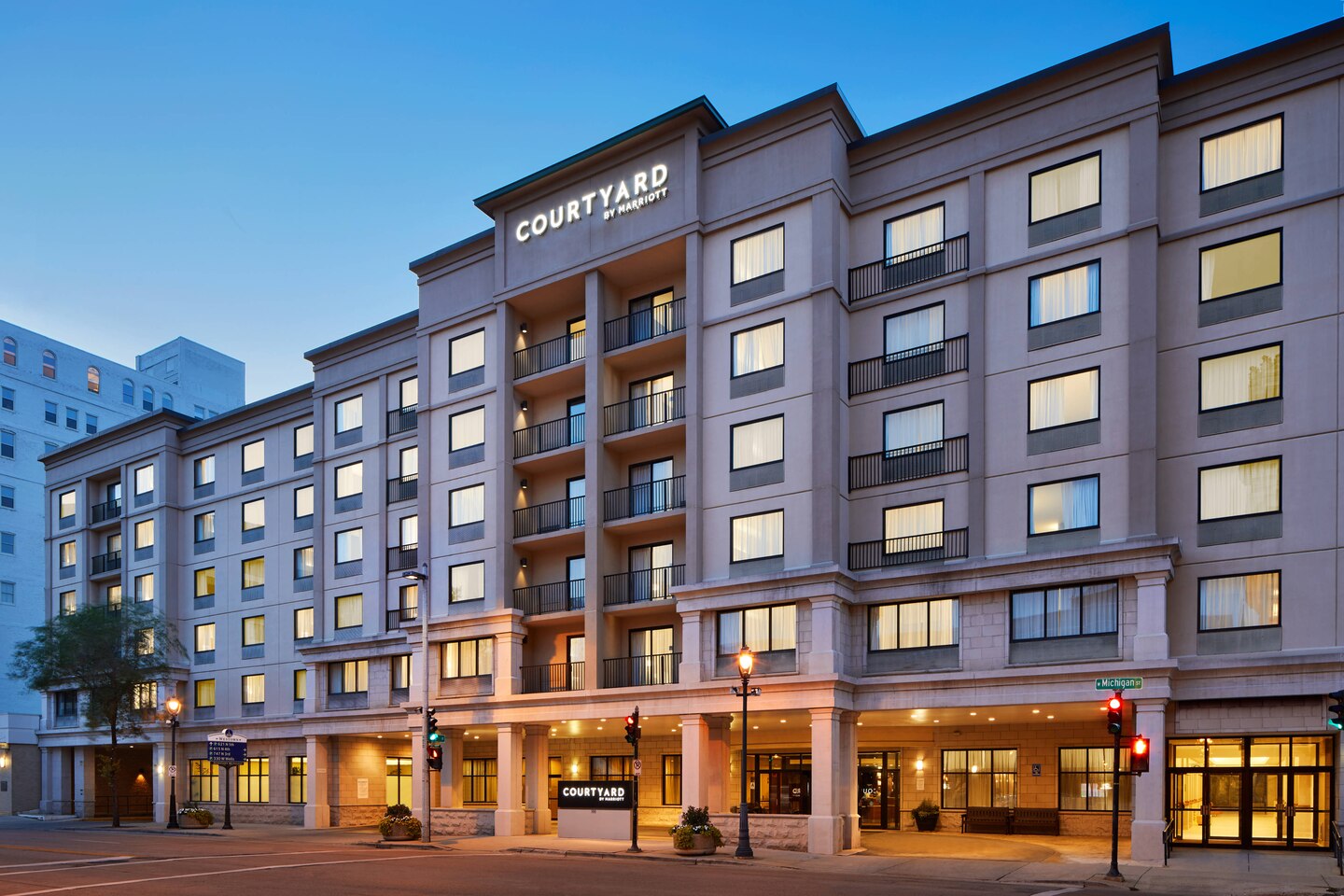 Joseph J. Amoroso’s career in real estate development and investment spans over seven decades. He is the co-founder of the Amoroso Companies and today serves as an advisor to the management team.

In 1960, Joseph J. Amoroso was appointed Executive Vice President of Hyatt Corporation, with his primary responsibilities involving the selection of potential sites, land development and construction of Hyatt projects in the United States. In addition, Mr. Amoroso served as President of Northridge Industries where he was responsible for the construction and operation of approximately 50 Hyatt properties and numerous coffee shops throughout the United States, including Dupars, Denny’s and International House of Pancakes.

While at Hyatt, Mr. Amoroso served on the Board of Directors of Hyatt Medical, which owned and operated 10 hospitals throughout the United States.

Subsequently, Mr. Amoroso was appointed President of Elsinore Corporation, a publicly traded subsidiary of Hyatt Corporation, which operated hotels and casinos in Las Vegas and Lake Tahoe, as well as the Playboy Hotel & Casino in Atlantic City. In 1982, Joseph J. Amoroso became Chairman of the Board of Elsinore, which enabled him to work closely with his son, Joseph T. Amoroso, to form Amoroso Development Company, the development entity of the Amoroso Companies.

In his role as President, Joseph T. Amoroso directs the daily operations of the Amoroso Companies. During his tenure, Mr. Amoroso has overseen the development of numerous projects including multiple single family homes, a 16 acre medical campus comprised of 3 medical office buildings and a surgical hospital, numerous commercial office buildings, 3 hotel properties and a 137 acre master planned community.

During the past 15 years, Mr. Amoroso has been primarily responsible for the management of the Amoroso Companies investment portfolio, including numerous hotels, commercial office buildings, self storage facilities and over 4,000 multifamily units.

Mr. Amoroso graduated from Pepperdine University, majoring in Business Administration. While in school he worked for Hyatt Corporation, which included traveling abroad to Hong Kong. After graduation, he continued his employment with Hyatt and served at the Houston and Los Angeles hotel locations until he co-founded Amoroso Development Company with his father.

Jason J. Amoroso represents the third generation of leadership for the Amoroso Companies. In his role as Chief Operating Officer, Mr. Amoroso is primarily responsible for managing the portfolio of assets held by the Company as well as the sourcing and evaluation of prospective investments. During his tenure, Mr. Amoroso has managed the acquisition, disposition and management of over $300 million in various assets throughout the country.

Prior to joining the Amoroso Companies in 2009, Mr. Amoroso was an associate at the law firm of Steckbauer Weinhart Jaffe LLP in Los Angeles, California, where his practice included representation of clients in connection with acquisitions, real estate finance, land development and leasing.

Joseph J. Mastronardi has been with Amoroso Companies since 2009 and brings over 15 years of finance and real estate related experience. During his professional career, Mr. Mastronardi has assembled a broad background of financial positions related to various real estate properties which include retail, apartments, self-storage, hospitality, commercial and medical office, as well as residential housing.

During his first 10 years at Amoroso, Mr. Mastronardi’ s role included responsibility of land entitlement processing, legislative approvals, and oversight of its development projects. Recently, he has been responsible for the acquisition of apartment projects located in the western US.

Mr. Mastronardi holds a Bachelor of Science Degree from Northeastern University with an emphasis in Finance.

Prior to joining Amoroso Companies, Mr. Tumpak worked as an Equity Research Analyst for William O’Neil & Co.  He holds an MBA from the University of Southern California and a bachelor’s degree in business administration from Loyola Marymount University.

Joined Amoroso Companies in 2021; responsible for asset management of the existing portfolio and working with the team to expand the multi-family investment platform.

Prior to Amoroso Companies, Mr. Wheeler was an Investment Manager for one of the largest privately owned global real estate companies. Working in a hybrid asset management and acquisitions role, Mr. Wheeler was responsible for asset management of residential, retail and office properties along with acquisitions and dispositions for the Seattle, Bay Area and Los Angeles markets. In this capacity Mr. Wheeler managed a portfolio of over $300M in asset value where he was responsible for overseeing the property management and leasing teams, capital renovations, directing and executing business plans and partnership reporting. Mr. Wheeler has overseen value-add renovation projects totalling over $23.7M in cost, generating significant value through increased revenue, reduced operational costs and reduction of functional obsolescence. On the acquisitions side, Mr. Wheeler has been directly involved in over $725M of acquisitions and dispositions.

BA from University of California at Santa Barbara in Business Economics with an emphasis in Accounting. Certified Public Accountant in the state of California (inactive).

Ms. Hsieh has been actively involved in the commercial real estate industry for over 20 years. Most recently, Ms. Hsieh was the Director of Finance and Operational Management for a private real estate investment company where she was responsible for overseeing budget and forecasting for over 4 million square feet of commercial space across the country. In addition, Ms. Hsieh oversaw the management and review of the underwriting and due diligence processes on new projects.

Previously, Ms. Hsieh was the Controller for Stratus Real Estate, Inc., where she was responsible for financial reporting and accounting issues. In addition, she oversaw the modernization of its information systems and operational procedures.

During her lengthy real estate career, Ms. Hsieh has been involved in all aspects of commercial real estate from multi-family housing to commercial development working with industry leaders including: Casden Properties/AIMCO, The Voit Companies, G&L Realty Corp. and Angeles Corporation.

Ms. Hsieh received a bachelor’s degree in business administration with an emphasis in international finance from the University of Southern California.

In her role, Asheley works within Amoroso Companies to develop their employees, search for professional aptitude and create management strategies for a diverse real estate company.  She is responsible for development, implementation and evaluation of personnel policies and programs; oversees recruiting, training, employment and labor relations, compensation and benefits, as well as performance management.

In addition, Ms. Feldman provides direct support and assistance to all of the members of the Amoroso Companies team.

Nicholas R. Woodall represents the fourth generation of lineage for the Amoroso Companies. Joining the company in 2021, Nick holds a role as Acquisitions Analyst, primarily supporting the Managing Directors of Acquisitions and Asset Management.

Nick graduated from San Diego State University, receiving a bachelor’s degree in Business Administration with an emphasis in Finance. 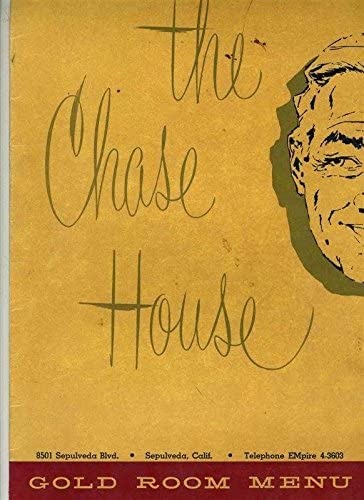 Joseph J. Amoroso moves to California and continues work as a general contractor building single family homes, apartments and various other projects. One such project is the Chase House on Sepulveda Boulevard.

The Pritzker family approaches Mr. Amoroso to purchase the Chase House and hires him to join their newly formed venture, Hyatt Corporation. Mr. Amoroso is named President of Northridge Industries, where he will be responsible for construction of approximately 50 motels throughout United States.

After being introduced to the new concept of mini-storage, the Company opened their first storage facility in Chatsworth. Today, under the StorCal brand, the Company owns and operates 6 facilities totaling over 300,000 sf and 4,000 units. 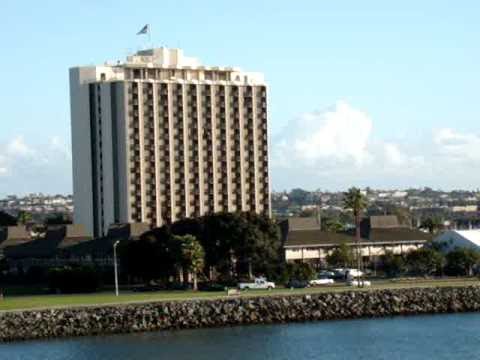 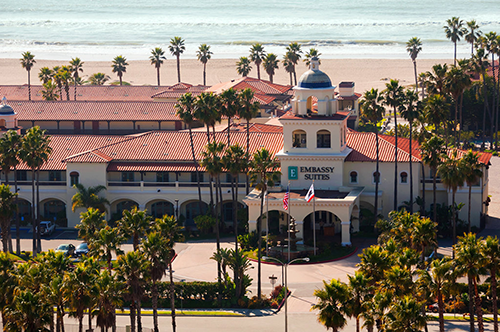 Joseph T. Amoroso, building upon his own extensive hospitality background, leads the development of the Embassy Suites Mandalay Beach, a 250 suite beachfront hotel. 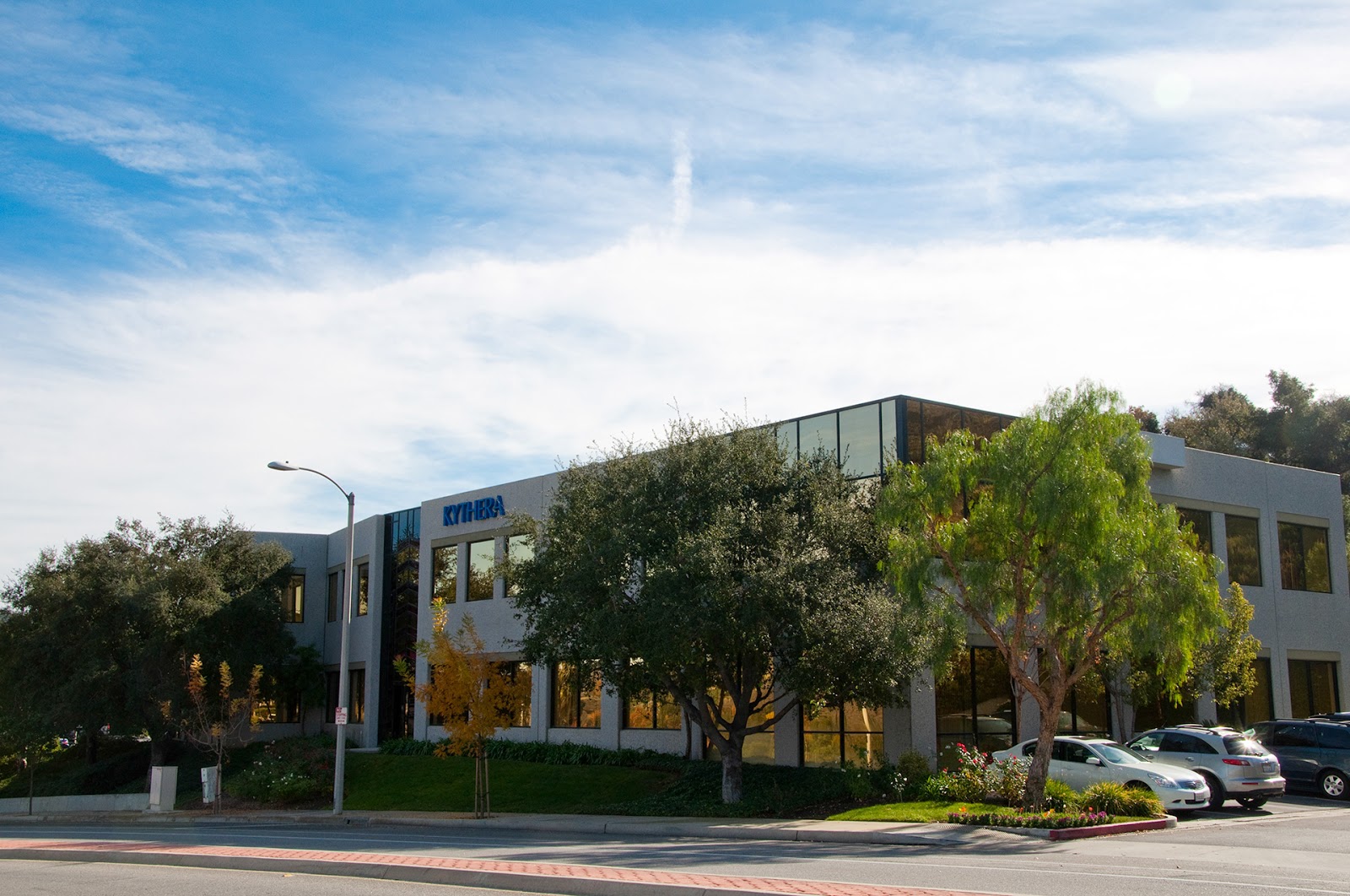 Joseph T. Amoroso leads the Company over the next 10 years in the development and acquisition of over 300,000 sf of commercial office.

After being named President of the Company, Joseph T. Amoroso partners with IMT Residential to purchase multifamily in the western US. Over 10 years, the partnership purchases over 4,500 units. 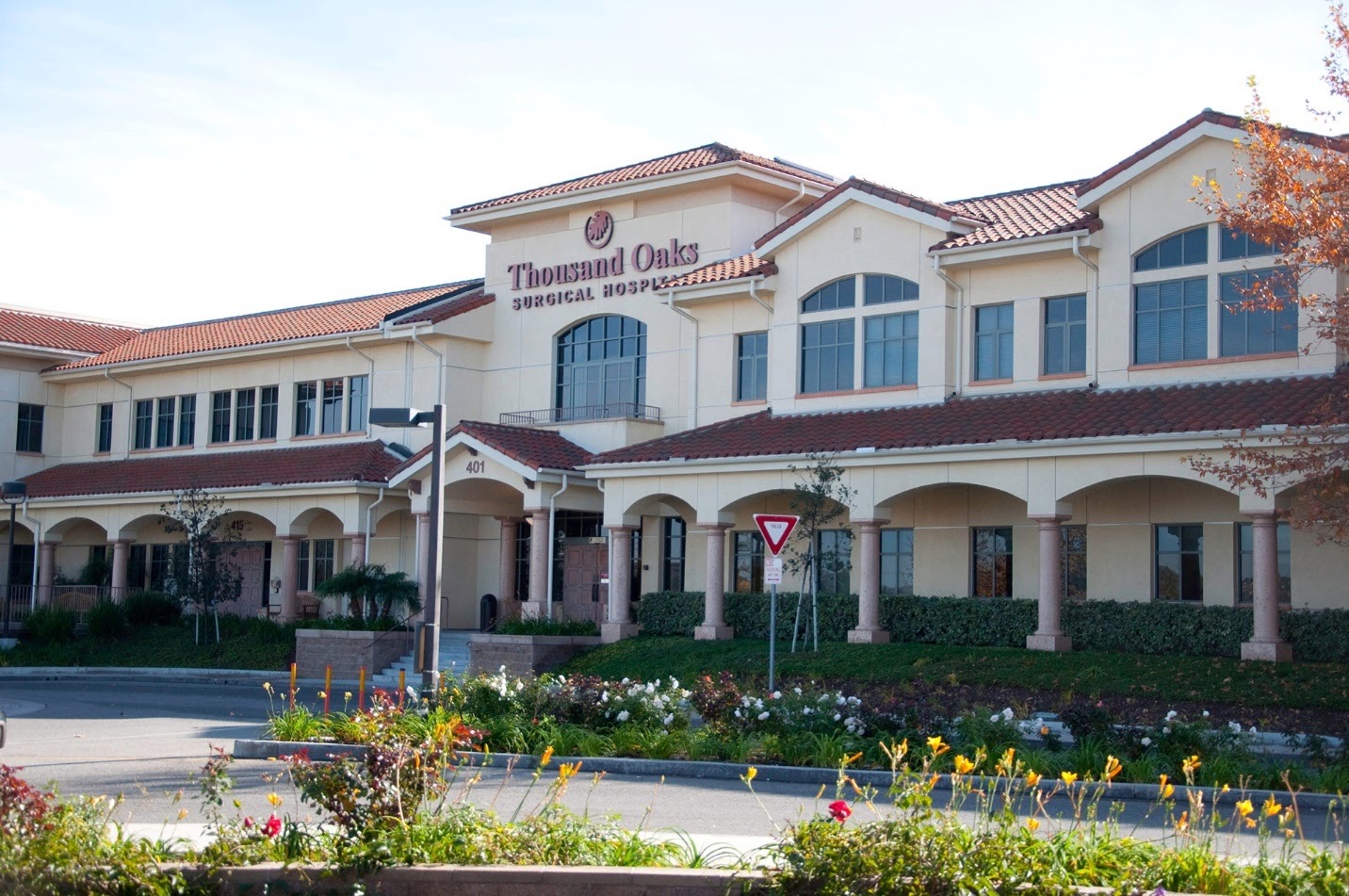 As the need for new medical office grew in the Conejo Valley, Joseph T. Amoroso identified a 16-acre parcel to acquire and develop 3 medical office buildings totalling approximately 100,000 sf along with a 50,000 sf surgical hospital. 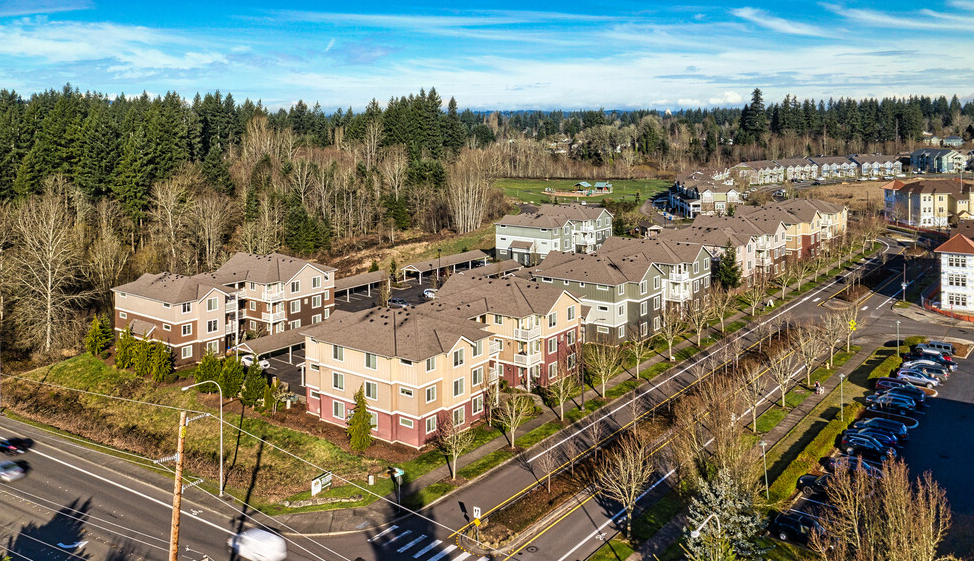 After 8 years of practicing law, Jason Amoroso joins his grandfather and father to augment the Company’s multifamily platform. Over the next 10 years, Amoroso Companies partners with multiple institutional equity firms to develop seven projects totaling over 700 units.

After years of being on the forefront of emerging market trends, the Company is looking to build on its 40 years of experience and lauch a middle market multifamily investment platform across select target markets in western United States.